← Into the Archive: Duke and Battersby
gallerywest named “Best Gallery” by readers of The Villager! →

Into the (recent) Archive: Steve Reinke and Turner Prize*

A Branch Is Too Big To Come Out Of A Twig 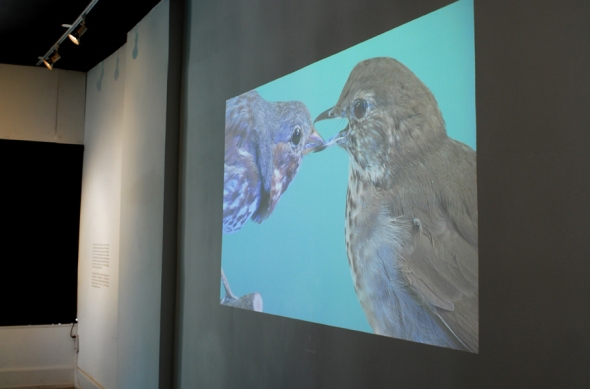 “When the world is as terrifying as it is now, you have to look at the art of the thirties. Surrealism is often the only freedom that remains, when no other kinds of freedom exist anymore.” (Carolyn Christov-Bakargiev, interview 31/05/2012, sueddeutsche.de)

Documenta director Carolyn Christov-Bakargiev describes this year’s art spectacle in Kassel as a celebration of the power of imagination to react to the ecological, political and economic crisis of the 21st century. A brief look into the newspapers illustrates Christov-Bakargiev’s point: the inner freedom could barely be more in demand.

The freedom of thought and imagination is productive but also immeasurable, ineffable, inexplicable. And it is exactly this inconceivability of the subjective experience and the translation of this original, shapeless and unsystematic substance into the borders of time and space – into a video work – the art collective and dream collectors Turner Prize* chose as the subject of their collaboration with the renowned video artist Steve Reinke.

The exhibition “A branch is too big to come out of a twig” takes us into a surreal world, where pure imagination rules – the subconscious. Steve Reinke got himself into the role of the dreamer, totally focusing on his thoughts and visions while frequencies of light and sound produced a meditative state. Afterwards he edited the footage Turner Prize* created on the base of his dream description – a collaboration that could hardly be more interdigitate.

The result is weird and humorous – a comment on the gap between a dream and its reduced representation. The artist’s experience does not appear as a coherent storyline, but as a scattered collection of thoughts and visions. Two padded birds caressing each other, a fat fish in a bowl way to small, rocks that “come into focus”, glued plastic insects, explosions and an unpublished Neil Young love song. The ‘dreamer’s’ thoughts accompany these images, both absurd and simple like a stream of consciousness, a narrative mode typical for modernist literature. 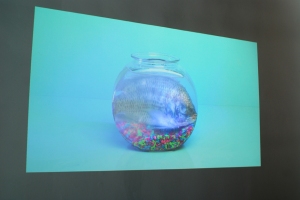 “Examine for a moment an ordinary mind on an ordinary day. The mind receives a myriad impression — trivial, fantastic, evanescent, or engraved with the sharpness of steel.  From all sides they come, an incessant shower of innumerable atoms; and as they fall, as they shape themselves into the life of Monday or Tuesday, the accent falls differently from of old. Let us record the atoms as they fall upon the mind in the order in which they fall, let us trace the pattern, however disconnected and incoherent in appearance, which each sight or incident scores upon the consciousness” (Virginia Woolf in: The Stream of Consciousness. Technique in the Modern Novel, ed. Steinberg, Erwin R., New York, 1979, S. 154)

The author’s desire to examine the psychological pattern of people’s minds to create characters in the truest sense ends up in filling pages of day dreams, feelings and mediations – an approach that brings the reader very close to the protagonist, looking into his head, knowing what he is thinking of.

The ambition to use the complexity of the human mind goes ahead with engaging in the encrypted subconscious and is intensively to be found in the surrealist art and literature of the thirties. Especially Max Ernst, who developed new artistic techniques such as the frottage to come up to the conception of automatism – the idea of eliminating rationality and logic from the production of art to reach an authentic expression of the subconscious. Liberated from the brain the hand is able to create dreamy visions apart from any alienation through the consideration of theoretical rules. The outcome is haunting and dramatic.

For the concern of Turner Prize* and Steve Reinke not only artistic but also scientific means are needed. With the use of the ‘mind eye’, an antiquated psychiatric device exhibited in the showcase of the gallery, the artists play with notions of science while destroying its reliability by revealing its imprecision. Humanity tries to control the world but is even at the mercy of its own subconscious – a frightening fact that the artists are totally aware of.  But despite of the inaccuracy of their dream depiction the video still celebrates the fascination of fantasy, a world of its own – or in the words of the speaker:

“When you are asleep stuff can happen in your room, but nothing changes in the world.”

I hold on reading an article about the Euro crisis – with Neal Young singing in my head I close my eyes and think of the power of the inner freedom. 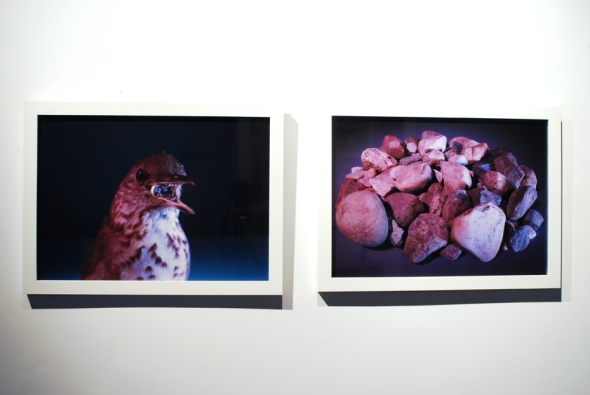